Today marks my 2-year anniversary at Praxis! Here are some notable moments of the last year:

Salesforce is my greatest love and also my greatest source of frustration at times. I’ve been using it long enough to at times be overly confident in my vision for a new process, only to realize my mistake after I test what I’ve built out.

Another new discovery is the Salesforce Optimizer. I ran this and the report let me know that we were at 130% of our data storage limit! Data storage costs money, so this is something I needed to address. I looked into what made up our data storage and saw we had about 350,000 tasks!

We use tasks to track emails, both personal and automated ones, but those aren’t things we need a forever record of, so I went about pulling reports to delete old tasks. I deleted about 15,000 tasks before I realized 15,000 at a time wasn’t fast enough and wasn’t really making a dent in our storage problem. I ran a report on all tasks and only found…9,000 remaining? Where are the other 300,000+?!

Thankfully, Salesforce is so widely used that you can type your problem into Google and find the answer. From Googling, I learned that Salesforce archives tasks 365 days after they’re closed, meaning they aren’t reportable, but still counts them toward your storage limit! Tricksy little hobbitses.

I used the data loader to export all tasks (including archived ones!)…and then I crashed the export because it was too large. I tried cancelling the export when it was 50,000 or 100,000 into the export, and that worked well enough. Then I was able to filter by non-deleted tasks and get even more of them cleaned up.

Now I have a quarterly calendar reminder set up to delete old tasks, so I won’t have this unpleasant surprise in the future!

I revamped the application process with my coworker Chuck, and it was a huge project! To read about the finished product, check out this post. To give the TL;DR version of what went into building this:

Plus all of the work Chuck did in building an entire subdomain and all of the coding that goes into advancing people through the process.

The team got together in February where we spent a few days at a beach house working together and mapping out our StoryBrand. We also took some group photos and this is my favorite of the outtakes: 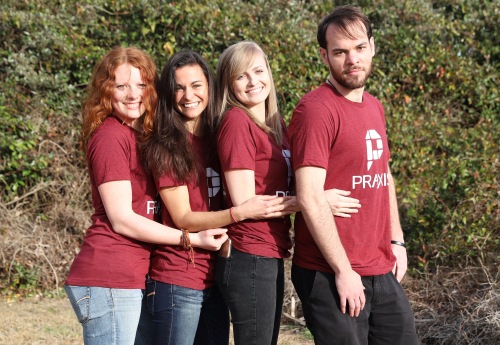 A Lesson in Marketing

We were without a marketing manager for most of the year, and I took my turn managing the department over the summer. Marketing is nowhere near my strong suit, but I did learn a lot, and I enjoyed the data analysis aspect of the role. I also managed our first (to my knowledge) direct mail campaign, which is an entirely new language compared to digital marketing.

I ran two Homeschool Career Day events, and we experimented with attending high school and/or homeschool conferences over the summer. I went to Austin and Virginia and San Diego and Minneapolis as well as some local conferences here in Atlanta. I even had a breakout session at some of them where I spoke about the advantages homeschool teens have as well as projects teens can start today to set them apart in the job hunt.

I love that FEEcon is here in Atlanta because so many staff, participants, and alumni come to me! It was fun to see everyone at the conference and then gather for a social at the end. We had some new Praxis swag to debut as well!

The Team has Grown!

I think at this time last year there were 10-11 employees, and now we’re up to 14! I even hired my first apprentice last month and am enjoying experiencing the apprenticeship program from the business partner perspective.

Praxis has an office now! It was fun to visit in September and help break in the new ping pong table. I can’t wait to go back next month for the first annual Praxis Christmas Party!

It’s been a great second year, and I already know year three is going to be even better/crazier. Onward!

Ever since my injury, I’ve been lamenting the fact that I can’t roll out of bed and out the door to run anymore. I talk about the necessity of my new warm up routine due to being “old” or “broken” or some other negative framing.

Then I ran across this tweet from Molly Huddle – replying to another professional runner Matt Llano. 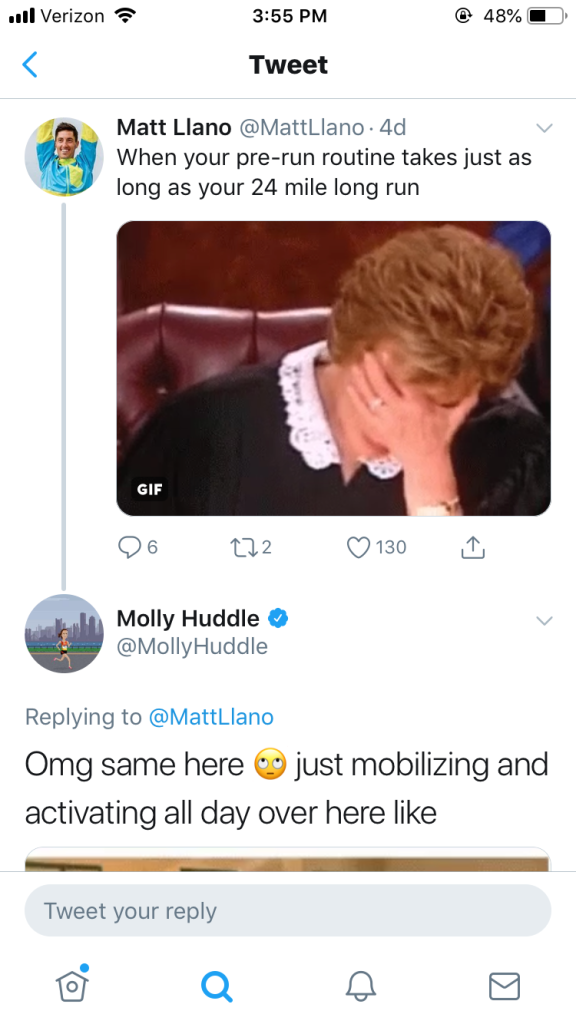 And I realized what makes perfect, logical sense when you take away the self-imposed negative framing: warming up is good for you, and people do it for that reason. It’s not punishment for getting older or being injured. It just furthers the reward of running. Making sure your ankles are mobilized and your glutes are activated means you glide into your first few steps instead of an awkwardly jolt while waiting for the pain to warm out.

Changing my attitude from angst to pride – pride in doing the right thing for my body, the smart thing that other athletes do – has already made a difference. And even if that’s some sort of placebo – I’ll take it.